Rae, in the early days of Chicuchas Wasi

It all started when a twelve-year-old boy, Ronald, came to me holding his left upper arm, his face twisted in pain, asking me, his American nurse friend, to help him. I had been living as a temporary one-year resident of Cusco, Peru, and had made friends with many abandoned children living on the streets. This time Ronald had been knifed in a fight to protect his money another boy wanted to steal. While cleaning his wound, getting him sutured and on antibiotics at the local emergency room, I made a decision. No child should be forced to live in these desperate conditions. I would do something to help these children who barely survive by stealing, begging, and lying and I would start now with Ronald. This promise in 1987 to the children living on the streets of Cusco was the beginning of ‘Chicuchas Wasi’ (Children’s Project), Cusco, Peru.

California friends and co-workers held a huge garage sale and raised the seed money to begin. The California Chicuchas Wasi (CW) non-profit organization was created. Many people lent a hand and in-kind donations came in to help us move forward. Grass roots fundraising continued; we sold Peruvian folk art and had more garage sales as a way to cover operating expenses during the following years. We organized and opened a children’s shelter, soup kitchen, and later a vocational school. To put a spotlight  on this problem, we sponsored a workshop in Cusco, “How to help the Cusco Street Child” funded by UNICEF. Eighty locals doing similar work participated.

Our residential children were mostly boys, but we also had three girls who needed protection from the unsafe nights on the streets. Soon15 children slept in wall-to-wall bunk beds, sleeping head to toe. Our dining room table grew longer and louder overnight. Everyone took his or her turn in the kitchen chopping and stirring the daily pot of soup and preparing the main dish. The children taught us, the adults, how to use the double-burner kerosene stove which was sitting on the patio floor where we cooked. The kerosene flames –when lighting the burners – reached adult height, making safety-conscious foreigners nervous wrecks. We made our bread out of the USAID donated flour, and hauled the 15-20 cookie sheets of small rounds of bread dough to the public wood ovens daily. You can imagine all the hands pounding bread dough, and making artistically shaped critters out of it.  We laughed a lot, but we cried often, too. We worked hard, all of us, and we tried to make fun out of the daily hurdles.

In 1989, while teaching kindergarten full time at a public school, Ruth Uribe, 22 year old local teacher, volunteered on weekends in 1989 . It was clear that Ruth and I held the same vision and together we could accomplish much. By 1990 she joined us full-time and brought with her new ideas and greater awareness of the children she loved and had worked with since she was a teenager. We needed to go deeper into the cause of child abandonment in Cusco and soon we began planning a school for poor girls.

By 1992 we were focused on the causes of child abandonment. Women learned from their mothers, grandmothers and great-grandmothers that they need a man to survive financially. Boys in a poor family might go to school, while most girls do not; they become domestics and teen mothers. Many uneducated mothers live in stark poverty when abandoned by the male provider and are forced to make difficult choices when unable to find a man willing to take on another man’s children. Boys end up living on the streets, while girls are frequently taken in by a family seeking domestic help and often are sexually abused. Education of poor girls will break this devastating cycle, increase self-esteem and financial independence, thus providing new options for women in the future.

Ruth created and tested a small experimental class for 4 year old rural girls. Initially mothers hid their daughters believing there was no value in female education; she had to search for potential students hiding in their homes, or under tables at the market, or caring for younger siblings, and then convince mothers that education could give their daughters economic security. The changes were soon apparent, as intelligence awakened in their daughter’s faces and a new eagerness to learn with a growing self-confidence emerged. In the marketplace our mothers told other mothers about their daughters and interest in our school grew.

The original CW residential shelter continued simultaneously until 1998. By then the core children had grown, 3 of the early CW beneficiaries completed university and had begun their adult lives. Efrain and Hipolito graduated from University in Cusco with professional lives and still live there with their young families. Rosa graduated University in California as an RN and still lives there. Efrain is an active member on the Chicuchas Wasi Board of Directors in Cusco, and Rosa is active on the California Board of Directors and all are committed to making sure CW continues to change the lives of Cusco children at risk.

Chicuchas Wasi School for Girls officially opened in 1997 with 13 – 4 year old poor rural girls and added a few girls each year as space allowed. In 2006 we moved to a larger rented building to add 3 more classes and slowly accepted more students. CW provided parent classes to develop awareness and support of their daughters. CW school gained such acceptance in the community that the mothers, aunties, and sisters who came to apply for their girls were often turned away due to limited space. Ruth had acquired the necessary experience and was ready to move in directions that I, the founder, had never imagined. She understands her people well and it was mutually decided the time was right for her to take the reins. I returned to California to manage the nonprofit business, and have constant contact with my Cusco family today.

Under Ruth’s direction, Chicuchas Wasi School for Girls was relocated in 2012 to our newly constructed school in rural Cusco, funded by a generous donor. Today in 2019 we have 126 students from kindergarten through sixth grade completing our primary grade school that has grown and gained the respect of the Cusco community. Our Administrator/Director, Ruth Uribe has selected and specifically trained her staff of local female teachers to incorporate empowerment and leadership skills with quality academic education to change the future for poor girls and future mothers and to end child abandonment.

We have designed our website to provide the history of Chicuchas Wasi, as well as our latest news and events as they unfold, with information provided by our Director, Ruth. Please refer to this site and Face Book often to see our progress. 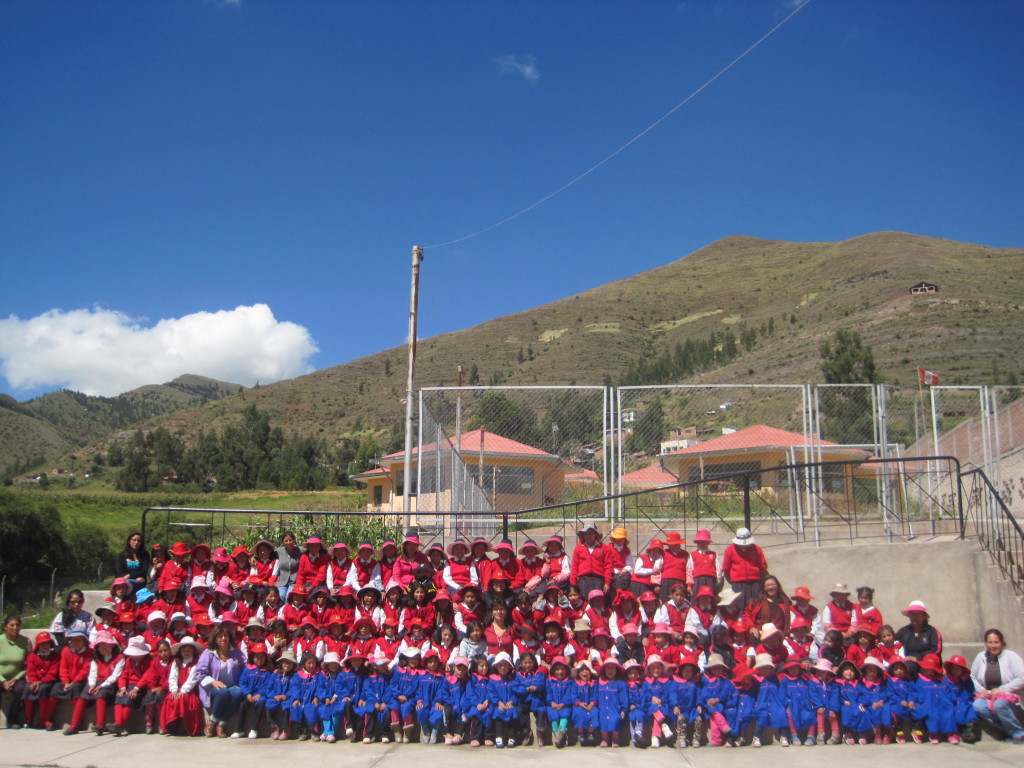 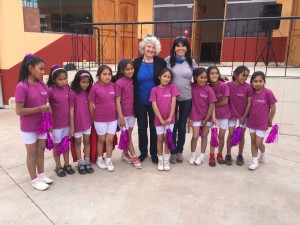 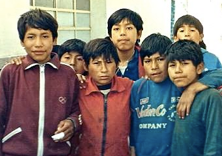 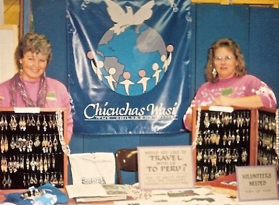 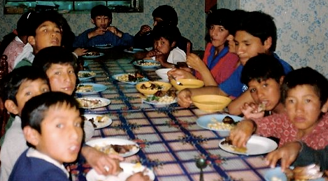 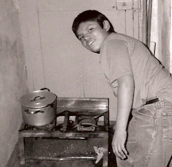 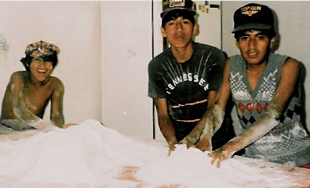 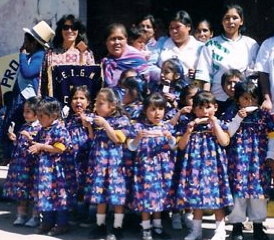 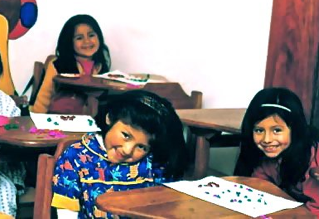 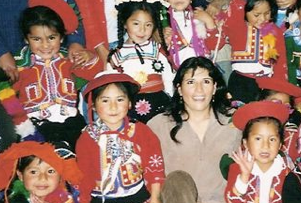 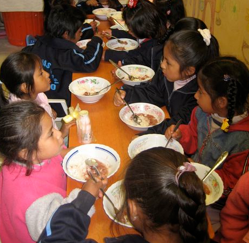 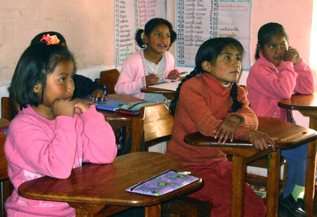 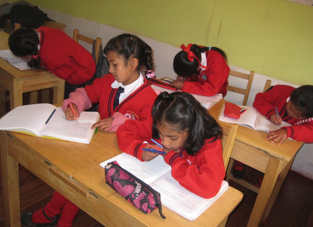 Visit our Photo Albums for a pictorial story of Chicuchas Wasi over the years. 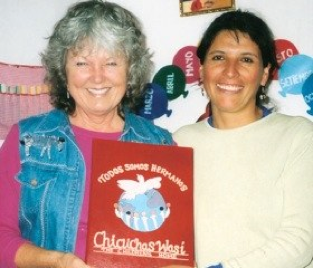 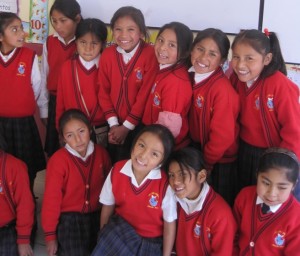 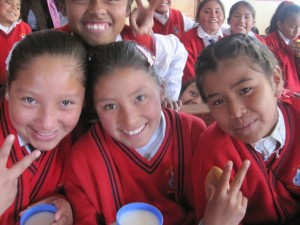